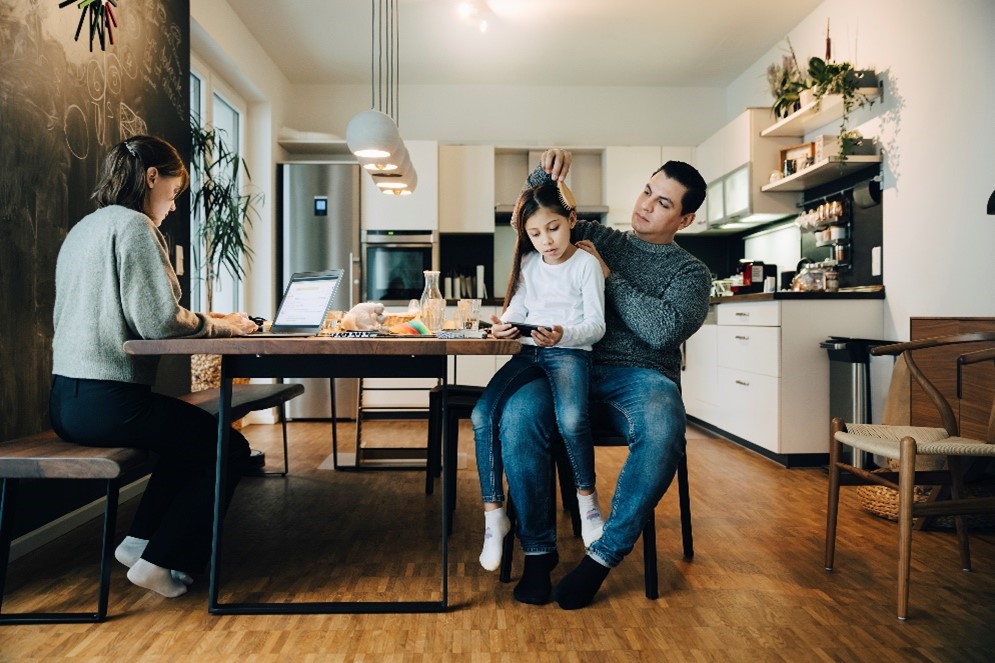 At the end of this month, April 28th, we celebrate ‘Take Your Child to Work Day’. While you may not have a child to bring or have one for whom the fascination has passed, I wonder: how would your child feel about what they see at your place of business?

The holiday was created initially for daughters to develop a sense of future possibility for their own career and greater awareness of self-image; to see opportunities to explore careers at an age when they are more flexible in terms of gender roles and limiting stereotypes.

The Ms. Foundation whose founder, Gloria Steinem, was instrumental in its development, also states that men who have hosted children have benefited from being seen as parental figures in addition to their roles as professionals, which can contribute to combating gender stereotypes, as well.

Beyond self-image and gender roles, children coming to work with mom or dad develop a sense of their parents as fuller people, having some level of expertise and, perhaps, authority, beyond that of a parent. Essentially, it’s a way to expand the knowledge of who mom and/or dad might be as a full person and experience how they’re viewed by other adults who don’t have a familial relationship with them.

When you think of a child having this experience of your workplace, what do they see? This might be an interesting question to consider how one’s personal life, not just work-related performance, have an impact on morale and productivity at your place of business.

For example: we recently had an opportunity to work with a client whose star employee had begun to be late or even absent more frequently than in the past. The employee, one who’d been with the company several years and was typically a top performer with a strong sense of commitment to the job, was showing up with an air of distraction, often on the phone sounding worried, generally appearing stressed. She was slow to hand off tasks that needed to pass on to a next level of development and employees seated around her were uncomfortable to ask what might be causing the upset.

We discovered that the employee had recently become a care giver to her aging mom who lived quite a distance away. The frequent phone conversations with doctors and attorneys, as well as the distance from her parent, had added an emotional and time burden to the employee and she had no outlet at her place of business to support her.

In another instance, a client approached us with what seemed very nearly like a rebellion on his team. This client, the owner of a fast-growing business, had made the decision to add on a new management-level employee to whom he would delegate some operational tasks, allowing him to focus on continued growth.

In this case, we discovered the employees, who previously reported directly to him, were upset by both the new layer of management and the fact they had been left out of the discussion leading to the decision; they no longer felt trusted or ‘kept in the loop’ of their employer’s plans – plans which affected them.

In both instances, employees’ personal aspects – in the first case, new and difficult responsibilities to a parent and, in the second, beliefs of not being an integral part of the team – had swift and negative business impacts, reduced morale and slower productivity. And, in both instances, a child coming to work with the parent could clearly pick up on the overall sense of discord, tension.

Too often, we’ve been asked to solve business problems that originate in the personal realm. Too often, we meet with clients who have forgotten, or at least downplayed, the realization that their employees come to work with more than expertise and experience; they show up with a whole bundle of concerns that, while needing solutions outside of work, are definitely affecting work, both achievement and team interactions.

So, as Take Your Child to Work Day rolls around this year, consider the degree to which your team’s larger life, the life you typically don’t experience or, perhaps, even hear about, is affecting the goals you have this year – or perhaps just this month. Imagine how it looks to a stranger and then consider how it’s going to affect your numbers. If the personal lives of your team are affecting business results, it’s time to talk with a Human Resource professional.

Our Vision is to empower confident individuals using flexible solutions and an expertise that lasts.